Candice is an award-winning, Queensland-based Australian author, editor and presenter. She has published 13 books for children, and written one for adults and her books have been published in Australia, the US, the UK and China. Her quirky style, fast-paced narratives and originality appeal to young readers in particular. Her newest release Ocean Warriors: Rise of the Robo-Shark will be out with Storytorch Press in March 2022 is now available for pre-order.

Candice loves wildlife and animals and has always been surrounded by a range of pets throughout her life, including dogs, cats, rabbits, fish, birds (including a duck) and various lizards. She was first moved to write her latest series, Eco Rangers, after helping with a couple of koala rescues from her own backyard. The first book Eco Rangers: Pelican in Peril was an Honor Book Award winner in the Green Earth Book Award and her second book Eco Rangers: Microbat Mayhem was shortlisted in the Wilderness Society’s Environmental Award for Children’s Literature. She continues to be inspired by her own children, who love and care for nature and wildlife. A trained wildlife carer, Candice enjoys writing about the adventures of the young Eco Rangers, Ebony and Jay. It is her second book series.

The first,  Jake in Space, a six-book series of space adventure stories about turbo space cars, hurtling asteroids and evil villains, also with New Frontier Publishing. You can visit the website here. The first title, Jake in Space: Moon Attack was listed in the Herald Sun 12 Books Children Will Love this Christmas 2014.

She has two other titles published with New Frontier Publishing’s Little Rocket series for children ‘Silver the Silly Sorcerer’ and ‘Hubert and the Magic Glasses’ which was chosen as a best new release title by the ABA (Australian Booksellers Association). She also published a Pearson Education fiction title The Day the Energies Saved the World in November 2013, which was a winning title in the EPAA (Educational Publishing Australia Awards) 2014 in the category of best primary resource.

Candice’s adult novel Unloched, that received a commendation for an unpublished manuscript in the Victorian Premier’s Literary Awards 2007, is published with Odyssey Books.  Her young adult novel ‘Clearwing’ received a highly commended placing in the 2015 CYA Conference competition for published authors. The following year Eco Rangers: Pelican in Peril and Rick and the Robo-Shark were also highly commended.

Her first book for children ‘Stinky Ferret & the JJs’ was published in May 2008. It was chosen as a best new release by Australian Standing Orders (ASO) and as a result was reprinted in the first month of publication.

Her children’s books have also been selected as titles in the Premier’s Reading Challenge and have been chosen as Lexile book  readers and as Lamont Books reads. Her quirky style, fast-paced narrative and originality appeals to reluctant boy readers in particular.

Candice has had articles published for Web Child and Melbourne’s Child (syndicated nationally). The June 2009 edition she featured in was awarded a Silver Medal in the PPA Awards for articles on diversity, difference & diagnosis. She has also had articles/interviews published with Parenting Express, She’s Self-Employed, My Child Magazine and Sunny Days Magazine, here and here.

She has a Bachelor of Communication / Diploma of Arts (Professional Writing & Editing) gained through Monash University and Chisholm Institute, and is a member of the Golden Key International Honour Society. Following several years working in the media, Candice now devotes her time to her writing. She also runs an editing and manuscript development service. She currently serves as a Role Model for the Books in Homes literacy program and as an Ambassador for Australia Reads. 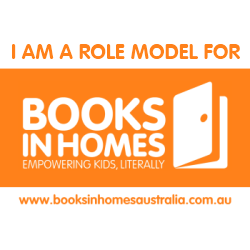