The Federal Government is proposing the removal of parallel importation restrictions (PIR). You can read more about what this is here. In a nutshell, lifting PIRs would devastate our Australian book industry as Australian authors would no longer receive full royalties (payment) on their books and Australian publishers and booksellers would be forced to compete against cheap, mass imports of books from overseas (including Australian titles).

I’ve had 11 books published with trade publishers, many that are on recommended reading lists, and still I work 25 hours a week while my husband works 40 plus to fund my writing and keep our young family fed and clothed and with a roof over our heads.

My ‘second job’ is owning a book store. As an independent bookseller it’s already difficult to compete against big chain department stores that can buy books at cheap, mass purchase discount prices. I do these jobs that barely pay the bills though because I love it, it makes me feel alive, and I feel I am contributing to society in the best way I can. If the proposed changes go ahead it will be impossible for me to continue writing and my business will fold. With book stores already struggling to survive amid rising rents, mass order discounts and online competitors, I see the end of the independent book store.

When that happens all we will see is mass produced, commercial books lacking any Australian flavour or cultural value. You won’t be able to walk into a book store and ask for a recommendation, to discuss your latest favourite read with another customer or meet and chat with authors who come in to do a signing or launch their book.

I don’t want to read about America and American culture, I don’t want my kids to grow up calling me Mom instead of Mum. I want picture books that depict Australian animals, and where it is acceptable to show a baby’s bottom (unlike in the US). I want to read about our outback, to picture myself on the beaches described in the latest novel, and to learn about issues that affect us as Australians. I want the ‘u’ in colour, the double ‘l’ in travelled. I want to keep seeing our vibrant and talented Australian writing community continuing to thrive.

I want people who are passionate about story to keep writing. I want new writers to be able to spend time nurturing and developing their talents. I want to keep writing, keep reading, keep selling and keep talking about books. Because this is my passion, this is what I love, and in a democratic, free Australia we should all have the right to nurture our talents, to feed our souls, to contribute economically in the way we can best do that. Whatever happened to Australia being the ‘clever country?’ Without books we will never be that because no matter who we are, or what we do, we all learn through reading.

You can find out more and sign the petition here:

Jake dropped his old backpack in amazement. He couldn’t believe he was actually here at the Floating Hotel of Venus.

‘Wow! This is the best prize ever,’ a voice said.

Jake turned. It was Rory, who had just arrived from Mars with his mum and dad. And Rory was right – the hotel was even more incredible than Jake had heard. The foyer was round, with gleaming bronze pillars and walls that shimmered bright yellow like a golden waterfall.

Jake and his friends are on Venus staying at the unimaginably luxurious Floating Hotel of Venus courtesy of a reward for saving the world from being taken over by robots. But it’s not long before a new mystery finds them. The action quickly moves from deciding which luxury treat to have first, to who to trust and how to find out just who has dangerous secrets. There are fast vehicles and near misses, red herrings and volcanoes to be navigated. And as always, time is running out before catastrophe ensues. Chapter headings are illustrated and there is a flip space race happening across the bottom of each spread.

As if there’s not enough to be had on Earth, Jake and his friends, Rory, Henry, Skye and Milly, take the action off-Earth and into space. They are trained in space driving but more than that, the friends between them have the skills and insights necessary to solve all manner of mysteries. They don’t always get it right first time, but with teamwork, they consistently out-think and out-manoeuvre their foes. The stakes are high, and there is plenty of high-tech equipment at their disposal. These fast-paced adventures are ideal for newly independent readers.

Thrilled to discover ‘Jake in Space’ made it into the Herald Sun Top 12 Books for Kids list for Christmas 2014. You can find it listed here amid some great books that certainly get the tick of approval from me, and my kids. In more good news, according to the article sales of children’s and YA fiction is soaring this year – fantastic to see kids are still reading, and loving it!

Thank you to Read Plus for this lovely little review of Jake in Space: Moon Attack.

You can read it here.

A review of Jake in Space: Rocket Battles published in the Gold Coast Bulletin, Tuesday November 11.

A review of Jake in Space: Moon Attack by Kids’ Book Review.

I’ve just received the very exciting news that the series that my title ‘THE DAY THE ENERGIES SAVED THE WORLD’ featured in has just won the Educational Publishing Australia Awards 2014 for best primary resource. I’m proud to announce that it’s officially classed as a top resource for schools, perfect for year 3-6 teachers.

A bit of background on how this all came about:

I was recently given the opportunity to write a Year 3 reader for Pearson Education. It was a lot of fun writing a fiction story based on the educational science topic of ‘night and day.’ Through my fiction reader ‘The Day the Energies Saved the World’ I could explore and explain this concept to kids by taking my characters on a futuristic science fiction adventure. What was even more exciting was that my eldest daughter happened to be learning this very subject at school this term, not long after the book first came out. To top it all off it’s very exciting to have the series win an award.

A picture of the shortlisted series featuring ‘The Day the Energies Saved the World.’ You can read a bit more about it on the Pearson Education blog.

I’ve been lucky enough to be invited to take part in ‘The Next Big Thing’ – a blog chain which gives authors and artists the chance to provide a sneak peek of their work-in-progress. It’s pretty appropriately named – don’t we all hope our work will indeed become ‘the next big thing’? But also it’s a lovely opportunity to reflect on and share a little of our latest projects – for me, this is perhaps the first stage of  letting go of my baby as it takes those tentative first steps into the world. Big thanks to my fellow author at Odyssey Books, Rebecca Bloomer, for including me in the blog chain. Here’s a bit about my upcoming novel:

1) What is the working title of your next book?
Clearwing.

2) Where did the idea come from for the book?
A friend of mine sent me a photograph of the Clearwing butterfly a few years ago. It was beautiful but what appealed to me most was the description of how things look and how colours are enhanced looking through the Clearwing’s translucent wings. I always had this image in mind, but when my main character, Jett, came along I knew it represented him and the life journey he goes on – finding beauty amid ugly life circumstances. 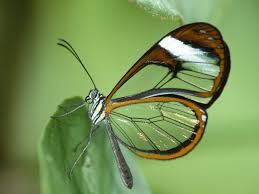 3) What genre does your book fall under?
My current novel, Unloched, is a contemporary fiction novel for adults. Clearwing will be geared more towards a young adult (YA) audience.

4) What actors would you choose to play the part of your characters in a movie rendition?
Jett would be played by someone like Sean Keenan, who starred as Gary Hennessy in Puberty Blues. The girl Linda, who Jett meets and falls in love with, appears at first as an angel. So she’d have to have an angelic quality to her – someone like Rachel Hurd-Wood who featured in Tomorrow: When the War Began would be perfect.

5) What is the one-sentence synopsis of your book?
Clearwing is the story of small town Aussie teen, Jett, who battles between following the path of his alcoholic father and choosing his own direction, as his life spirals out of control.

6) Will your book be self-published or represented by an agency?
Neither, it will be traditionally published.

7) How long did it take you to write the first draft of the manuscript?
My second daughter was just a baby when I wrote this book so I had one session every week to write. It took me about a year to complete.

8) What other books would you compare this story to within your genre?
Not too sure, as there’s not a lot out of ‘real life’ stories out there for the YA audience right now with the focus on fantasy novels. In some ways, I think Clearwing could be compared to the Tomorrow series by John Marsden because in both the characters show the strength and resilience of teenagers and how it’s that time of deciding who you want to be as a person despite everything life can throw at you.

9) Who or what inspired you to write this book?
There were three things that inspired me to write this book. The first was the Clearwing photograph I mentioned. The second was Jett, who began as a teenager telling his point of view from the stance of being a bully (That first ‘fight’ scene made me wonder what kind of background that kid had and the kind of life choices he might have to face). Lastly, the setting was inspired by a small, country town where I used to take dance classes as a teenager. As I delved into the history of the town, my character Jett emerged more fully.

10) What else about the book might pique the reader’s interest?
I hope that young adults will be interested in the journey of the characters and the questions it raises about the people who come into our lives and how they can help shape who we become.

Here’s your chance to win a signed copy of ‘Stinky Ferret and the JJs.’ Taking part in the competition is easy – just post up to 50 words on the Books for Little Hands blog describing your funniest or scariest animal experience by July 1, 2012. Good luck!